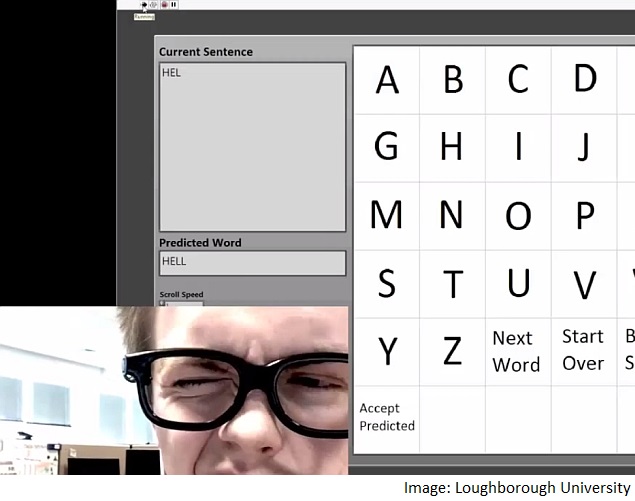 A British mechanical engineering student has designed a low-cost digital letter board that allows victims of paralysis to communicate without the need of an interpreter.

With the help of a software, the device detects eye blinks or finger movements and converts the movements into sentences before reading them aloud.

“I have been able to create a prototype at a total cost of GBP 164 (roughly Rs. 16,360),”said Robert Green from Loughborough University in a statement.

“I hope to significantly improve the lives of people suffering from degenerative conditions by giving a voice to those who are unable to speak and who have very limited body movement,” Green noted.

The low-cost system uses an optical reflectance sensor, a pair of 3D cinema glasses and two resistors. The finger movement detection circuit comprises of a simple switch, which in the case of the prototype is an up cycled doorbell to provide a large, sturdy surface to press on.

The sensor is mounted onto the frame of the glasses close to the user’s eyes and emits an infra-red signal at the white of the user’s eye.

The software then analyses the signal to detect whether or not a change has taken place. It is at this point that the user is able to scroll and select letters from a digital letter board to form sentences which are then read aloud by the computer, aided by a predictive text function.