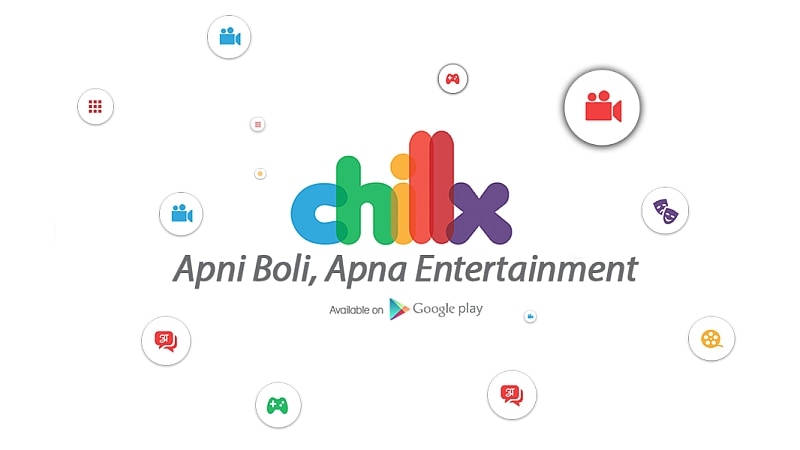 Chillx app is currently only available for Android
App will come preloaded on smartphones of Indian OEM partners
Carrier billing will also be enabled, Reliance Entertainment said
Reliance Entertainment on Wednesday announced the launch of Chillx, its “first multilingual all-in-one entertainment app.” The venture was launched with digital media and distribution company FunOnGo Media & Entertainment, which is also being described as a telecom value added services (VAS) firm.

The Chillx app has been launched for Android, and offers access to free and paid videos, apps, games, music, short films, and movies. The app features regional language support for Bengali, Hindi, Kannada, Malayalam, Marathi, Tamil, and Telugu, apart from English. The company cites statistics to claim that 85 percent of smartphone users in India will consume entertainment in local languages by 2020, the reason behind the app’s multilingual feature.

The company claims that with the Chillx app, it has become one of the biggest content aggregators, publishers, and distributors in the country, with more than 500 partners – including Plan C Company and Phantom Films. While the app does not require login, logging in will provide customisation options such as interests. Users can log in via their mobile number, apart from their Facebook or Google accounts.

Reliance notes that the Chillx app lets users choose streaming video and audio quality, including the ability to set medium quality on poor bandwidth and high quality on good connections. Users will have access to both streaming and download options for music and video content, providing an offline viewing option.

The Chillx app provides access to paid apps and games that users can try before they buy, with a special focus on India-centric content, and recommendations will be provided based on usage habits. Users will also be able to share content with friends via social media, including WhatsApp. The app also features reward points, which can be earned by liking content and inviting friends. Points can be redeemed when purchasing content in-app.

While the Chillx app is available to download via Google Play, Reliance Entertainment says the app will come preloaded on smartphones of select OEMs, and can also be sideloaded at select telecom retail stores. The company has already tied up with Micromax, Intex, Lava, and Karbonn for preloading the app on their smartphones.