Following directives from the Bombay High Court (HC), the state government has appointed a 10-member advisory committee to provide guidance to conduct admissions to the Maharashtra National Law University (MNLU) in Mumbai in 2016-17. This Legal Education Advisory Committee comprises representatives from the Bar Council of India and the state law and judiciary department apart from academicians, as directed by the HC.

The committee is expected to provide guidance to the state government on preparing timetable for law entrance exam, frame syllabus for the Common Law Admission Test (CLAT), help resolve difficulty while conducting admissions, suggest changes in the admission process based on issues faced, etc.

Watch What Else Is making News

Country’s newest national law university, the MNLU-Mumbai has been surrounded by controversy since its inception. To begin with, it was forced to operate from the campuses of other institutes for almost half a year because of lack of space. It has been operating from the Tata Institute of Social Sciences (TISS) campus in Deonar ever since it was forced to vacate the Ismail Yusuf (IY) College in Jogeshwari.

The state has identified around 190 acres in Uttan, adjacent to the state judicial academy near which it proposes to give part of the land to MNLU for a permanent campus.

A student moved the High Court in July 2016 against the state government for introducing CLAT. Taking up the plea, the Bombay HC had said: “The state was well within its powers to conduct a common entrance test for admissions to all law colleges, whether private, aided or unaided.”

The court had added: “The court would have been happier had the state notified the students about the exam pattern, syllabus etc well in advance and thus granted them more time to prepare. But merely because the exam was not conducted in a manner suggested by the petitioner, we can’t declare the common entrance test and the entire process around it illegal, invalid, or unconstitutional.” 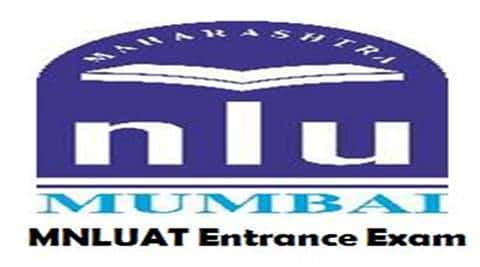 The Maharashtra government had told the court said the common test was introduced through a notification under the Maharashtra Universities Act and extended to both government and private institutes through an “executive order”. The student then approached the Supreme Court against the order.

The state has therefore decided to issue notifications, proper guidance pertaining to CLAT with the help of the advisory committee.

According to a government resolution issued on November 24, the committee will guide the state government and the Common Entrance Test Cell (CET Cell) in legal matters pertaining to the admission process and the entrance exam. It will also be responsible to verify the validity and authenticate the books published based on the committee approved syllabus and notices published on private websites pertaining to the entrance exam.