Bir Singh, general secretary of Haryana School Lecturers Association, said, “Government schools have teachers who are highly qualified. Still, parents send their students to private schools because of the impression that the quality of education in government schools is not good… which is not the case. In some government schools, teachers and principals have paid the fees of the students from their own pockets.”

Last year too, in the middle of the session, the government schools made some efforts to campaign and enroll students. This time, the Haryana education department organised a special session to guide the the staff at schools on how to attract more students. 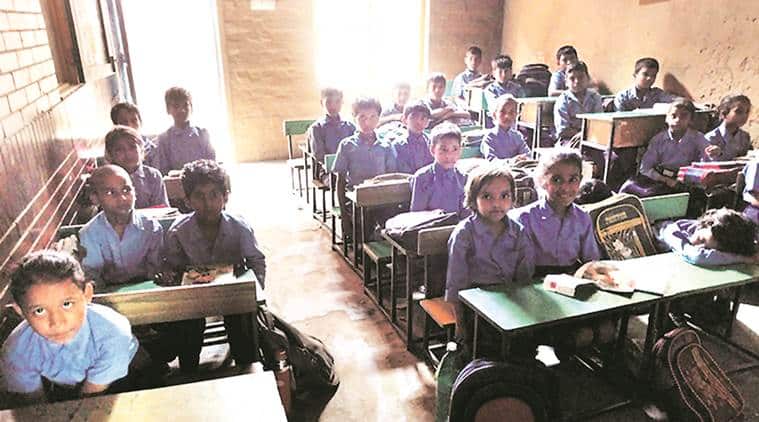 Narinder, principal of Government Senior Secondary School, Karnal, said the entire team of the school was engaged in the process.

“Our is the only boys’ school here that has all streams. We have done an upgrade in the infrastructure in the school. We have also drawn up a list of phone numbers of prospective students and are calling parents, apart from meeting them personally. The student strength of our school was 570 and this time our target is to make is more than 1,000,” he said.

In 2015, around 3,560 guest teachers were termed surplus by the Punjab and Haryana High Court and were terminated from government schools. The reason cited was that they do not have enough “workload.” For the government school teachers, there is a need to ensure enough enrollment to ensure that the school do not shut down.

The school principal Dayanand Dalal said, “We have been successful in convincing parents and are hoping for increasing number of admissions. We are telling parents that we have more qualified teachers than private schools and better infrastructure. We have involved the village panchayat in the process as well.”