In March this year, Apple launched its Clips app that essentially allows users to create videos easily by combining video clips, photos, and music. While the app has not performed exceptionally well on app charts, the Cupertino-based company has now added some Disneyand Pixar magic to make the app more appealing.

With its latest update, version 1.1, Clips has received dozens of new customizable text banners, overlays, and posters that include characters from both Disney and Pixar. This means that users will be able to add animated overlays with Mickey, Minnie, and other characters from movies Toy Story and Inside Out to their videos with the new update.

“Users can now add classic Disney and Pixar characters to their videos. Clips 1.1 features animated overlays of Mickey Mouse, Minnie Mouse, Donald Duck and Daisy Duck,” the company said in its release. Apart from these animated overlays, Disney-designed posters can also be added to the videos as “playful title cards” with the update, Apple says. 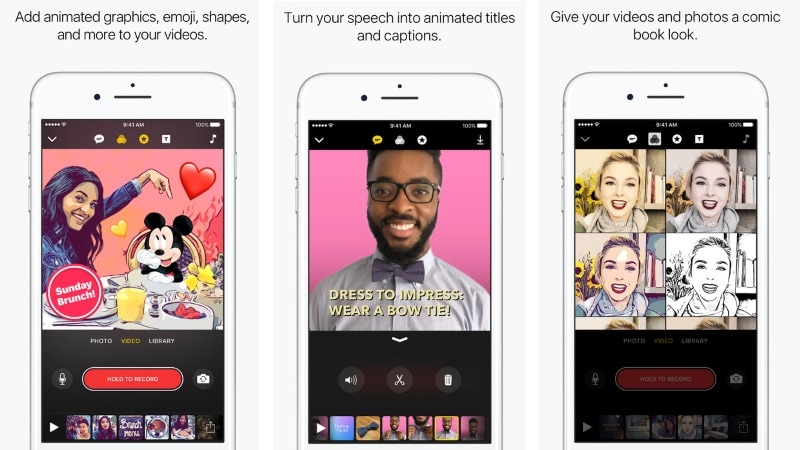 Apart from these, with the new update, Clips has now received 10 new Apple-designed overlays and 12 posters with customisable animated text. “From glistening water to slow motion billowing smoke and 3D pop-up art, the new poster designs bring more versatility to iOS video creation,” the company said in the release.

Further, a new button for editing “Live Titles” has been added to the app to make it easier to change captions and titles. The Cupertino-based company has also mentioned some usability improvements in the release but didn’t mention the specific details regarding the same.

Though Apple’s Clips app has not been able to perform well until now, let’s hope Woody will be able to save the day and bring more users to this video editing tool.