Last year, Google launched its Motion Stills app for iOS users that allowed them to turn their Live Photos into stabilised GIFs and looping videos. Surprisingly, the search giant opted to release the app only on iOS and not on its own Android platform. However, Google has now announced that it has finally released the app for Androidas well.

If you are wondering how the app works on Android, where Live Photos are not available, the Motion Stills app makes use of the company’s stabilisation and rendering technology to allow users to capture short videos and turn them into looping shareable clips. With this app users can create “beautiful cinemagraphs or sweeping cinematic pans,” the company says in app description on Google Play. 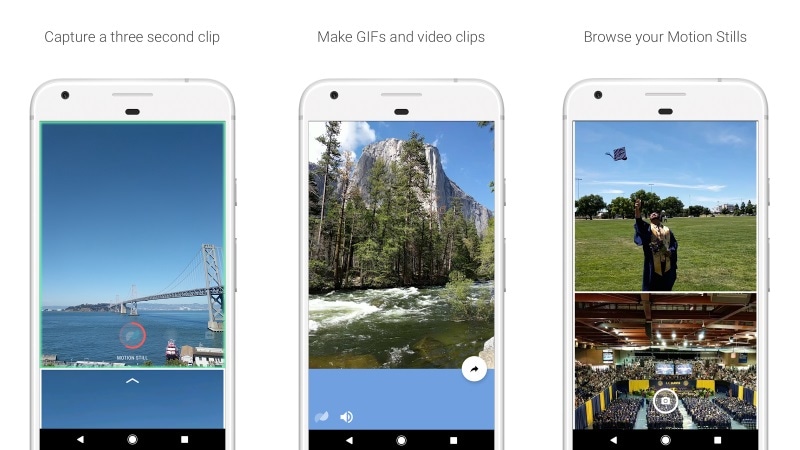 Google says that for the Android version of the app, the team redesigned its existing iOS video processing pipeline in order to use a streaming approach that processes each frame of a video as it is being recorded. This allows the app to immediately stabilise the recording while still performing loop optimisation over the full sequence, the company says.

“You can capture a short Motion Still with a single tap like a photo, or condense a longer recording into a new feature we call Fast Forward,” Google said in its blog post. The fast forwarding feature allows users to turn slightly longer videos into shorter shareable clips.

The Motion Stills app is compatible with devices running Android 5.1 Lollipop and later versions. The search giant says that the feedback from this app can further allow it to integrate some of the appreciated features to other apps like Google Photos.