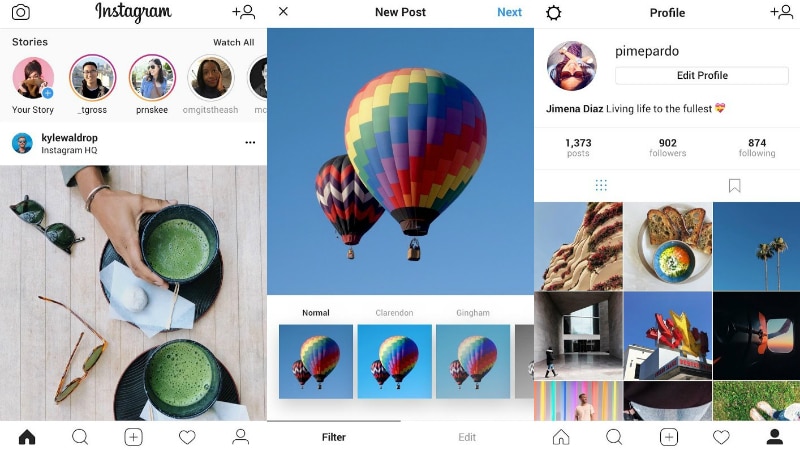 Instagram, last week, announced at an event that it had become the fourth Facebook-owned property to hit the one billion monthly active users mark. Expanding on this growth, the image and video sharing social platform is testing a new app called Instagram Lite. “We are testing a new version of Instagram for Android that takes up less space on your device, uses less data, and starts faster,” confirmed an Instagram spokesperson to Gadgets 360. File size of Instagram Lite is 573KB and it requires Android 5.0 Lollipop and above to run.

Available on Google Play for Android users, the app is claimed to save storage space and download instantly. With version 1.0.0.0.145, the Instagram Lite app was first spotted on Google Play by TechCrunch. The app is initially in testing in Mexico with other countries on the radar for later this year. According to the page description, compared to the original app, users cannot currently send messages and upload videos. We were unable to download and test the app in India, as it is currently region-locked. For now, the app has not yet been uploaded on APK Mirror, but when it arrives, it should be usable in other regions as well.

The size of the app is miniscule when compared to the traditional version. Much like the above-mentioned missing pieces, IGTV, the company’s new long form video tab, will also apparently not be part of Instagram Lite. The features that will be usable on the app, however, include the ability to post individual and multiple photos with filters, post stories, watch stories, and discover content on the Explore tab. This appears to be an attempt by the platform to expand into developing countries that have a substantial population with limited access to smartphones with high storage space and areas with fast Internet speeds.

The list of lightweight apps keeps on growing with the likes of Uber, Ola, LinkedIn, and Shazam already out with the Lite variants of their apps, some in select markets. Even Facebook has been on the front foot when it comes to rolling out lightweight versions of its apps with Facebook Lite and Messenger Lite out in the open.