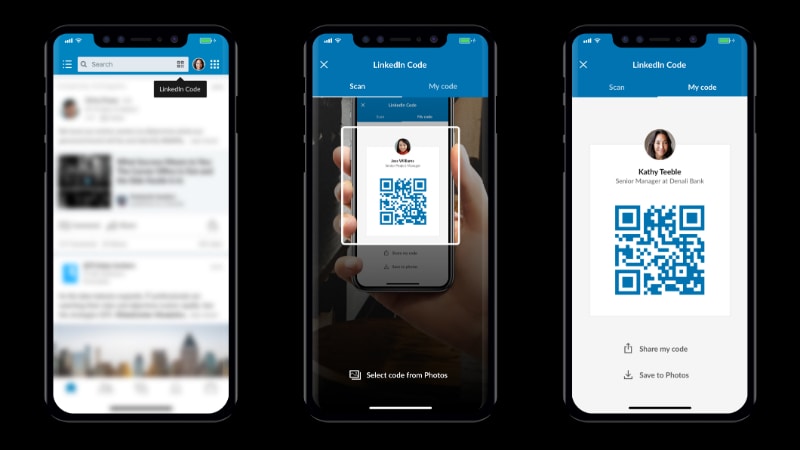 Microsoft-owned professional networking platform LinkedIn on Thursday announced the launch of LinkedIn QR code targeted at making the process of connecting with people on the platform faster. QR code is available now on the LinkedIn Android and iOS apps, and can be used as a swift networking tool to view profiles and connect with professionals without having to ask for details like names, organisations, etc. LinkedIn also announced a new ‘See Translation’ feature that allows translation in more than 60 languages.

To use the QR code feature, open either the LinkedIn Android or iOS app. Go to the search bar and select the QR code option. Once done, two options will appear – Scan and My code. You can choose to either scan the QR code using the camera shutter or, alternatively, select a photo from the camera gallery to automatically scan the code. The My code shows your unique QR code along with the profile photo and the profile headline. Users can also share just the QR code or the code with the profile picture to help the recipient recognise better. Sharing is currently available on iOS and coming soon on Android, according to LinkedIn. Additionally, the code can be saved in the gallery on both platforms.

LinkedIn recommends putting up the QR code on official websites, event brochures, conference badges and lanyards, in the email signature, and in the resume to increase professional presence.

“The next time you’re at an industry event and meet someone that you want to keep chatting with, open the LinkedIn app and scan their QR code to connect and stay in touch,” said Alice Xiong, Senior Product Manager, LinkedIn. “Gone are the days of requesting a business card, asking the person to spell their name, or handing over your phone to make sure you found their profile.”

In a separate blog post, LinkedIn announced the new ‘See Translation’ feature which is available for the majority of global users on desktop and the mobile website. The feature that brings translation support for languages including Spanish, German, and Japanese will be available on the iOS and Android apps in the next few weeks.

Earlier this month, LinkedIn launched its Your Commute feature that helps job seekers on the platform factor in commute time applicable for the jobs they are applying for. It also helps check commute time during actual work hours.