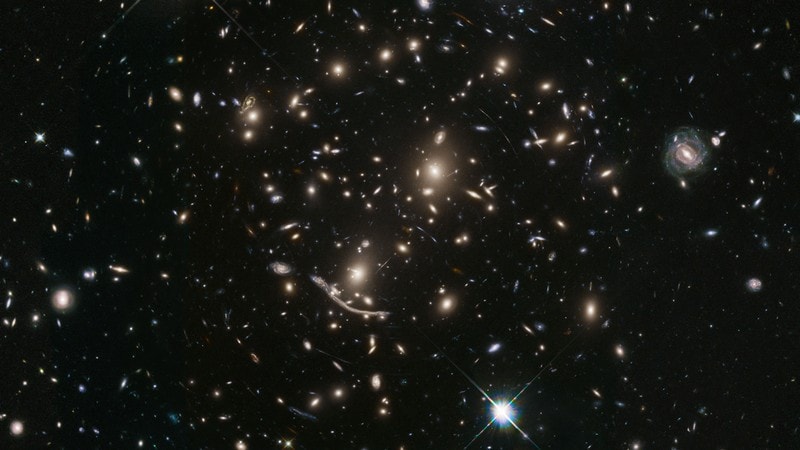 Hubble Space Telescope has embarked on a new campaign to help astronomers better understand the distribution of galaxies in the early universe and the conditions that led to their formation, the US space agency has said.

The new observing campaign, called Beyond Ultra-deep Frontier Fields And Legacy Observations (BUFFALO), will observe six massive galaxy clusters and their surroundings, less than 800 million years after the big bang, according to NASA.

Abell 370 is the first cluster to be observed, it added.

The first observations by Hubble shows the galaxy cluster Abell 370 and a host of magnified, gravitationally lensed galaxies around it.

Abell 370 is located 4 billion light-years from Earth and is situated in the constellation Cetus – the Sea Monster.

In order to explore the six Frontier Field galaxy clusters, 101 Hubble orbits – corresponding to 160 hours of precious observation time – have been dedicated, the ESA said.

The BUFFALO survey will also take advantage of other space telescopes which have already observed the regions around the clusters. These datasets will be included in the search for the first galaxies.

Astronomers anticipate that the survey will yield new insights into when the most massive and luminous galaxies formed and how they are linked to dark matter, and how the dynamics of the clusters influence the galaxies in and around them.

The survey also will provide a chance to pinpoint images of distant galaxies and supernovas.

The BUFFALO project, led by European astronomers from the Niels Bohr Institute (Denmark) and Durham University (UK), is designed to succeed the successful Frontier Fields project.

It involves an international team of nearly 100 astronomers from 13 countries.