Mozilla to Offer Ad-Free, Tracker-Free Browsing for $4.99 per Month in Partnership With Scroll.com 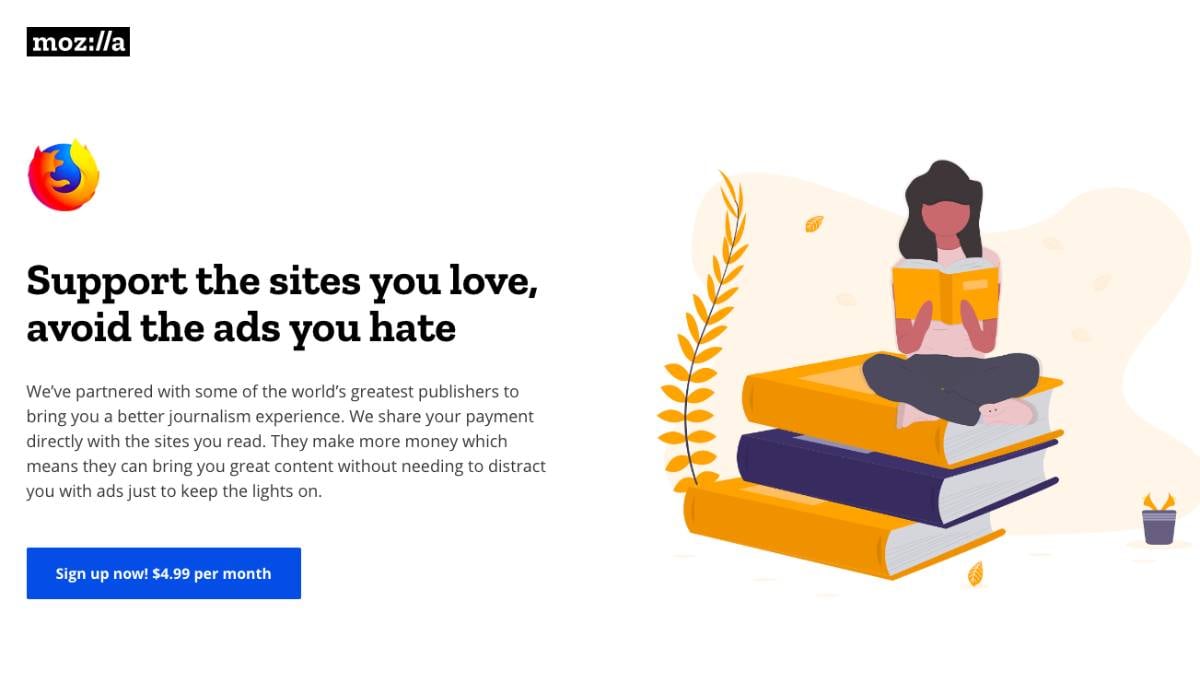 Mozilla has kicked off trials for a new ad-free browsing experience that it says is designed to improve the Web browsing experience for users and protect them from constantly having their browsing habits tracked online. The company wants to challenge the current advertisement-driven status quo without resorting to paywalls, and hopes to have a positive impact on Web content publishers as well as users. The service is priced at $4.99 (approximately Rs. 346) per month and has been implemented in partnership with a service called Scroll. The money will be channeled towards publishers, giving them an alternative source of revenue.

Mozilla has put up a page describing how the upcoming service will work, and is inviting interested users to take a survey and sign up for the trial. In addition to ad-free reading, users will get audio versions of stories and progress synchronisation so you can pick up where you left off even on a different device. Content discovery will also be part of the offering.

According to the description, as spotted by Techdows.com, the ad-free experience will work no matter where the user finds content. Mozilla also says that it has partnered with “some of the world’s greatest publishers”, who will receive payment. Details of how exactly this will work, and what the revenue sharing model is like, have not yet been disclosed.

The experience is powered by Scroll.com, a news aggregator that offers ad-free stories from various publishers in an easy-to-read format. Scroll.com’s website offers exactly the same description for its service, but also names several partner websites including USA Today; the Atlantic; Vox Media properties such as The Verge, Polygon, and Eater; Buzzfeed and Buzzfeed News; and Gizmodo Media Group which includes Gizmodo, The Onion, and Kotaku.

According to Scroll.com, its partners earn more through the service than they do through advertising. Users can take a brief survey and then proceed to Scroll.com to request an invitation to the trial. It is not known when the service will become more widely available.

Mozilla first talked about its partnership with Scroll.com in late February, in a blog post titled Exploring Alternative Funding Models for the Web. The company has previously experimented with ad-blocking and privacy protection features in the Firefox browser. The ad-free experience does not seem to be related to Mozilla’s proposed premium Firefox subscription.