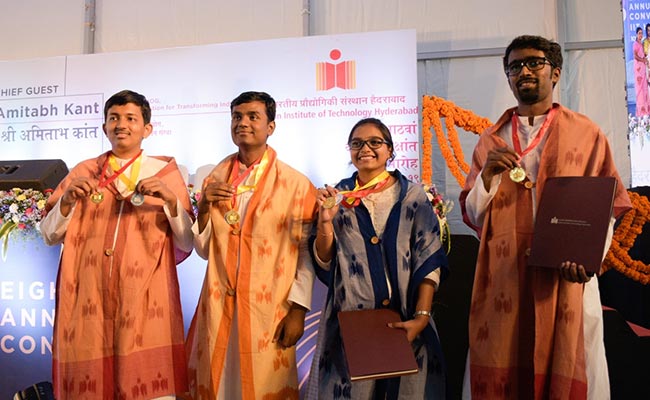 NEW DELHI: A total of 522 students, including 200 B.Techs. and 69 PhDs, graduated during the Eighth Convocation of Indian Institute of Technology Hyderabad held on Friday, August 9, 2019. The current batch of graduating students included 418 boys and 110 girl students. 4 students from the class of 2019 were awarded Gold Medals at the convocation and a total of 528 students graduated with their degree from the institute.

The Convocation Address was delivered by Mr. Amitabh Kant, the Chief Executive Officer, NITI Aayog. In his address, Mr. Kant encouraged students to view the world as their market and not only the domestic market.

Mr. Amitabh Kant also emphasized that to realize the aim of 9 per cent growth for India, gender parity is the key.