Think of a quick breakfast and omelette would be the one of the firsts to strike. A simple omelette on toasted bread makes for one of the most comforting breakfasts. Don’t you agree? With time, there have been many versions that the humble omelette has seen. Whether it is the Spanish omelette with potatoes or the French one with just salt and pepper, omelettes are a rage all over the world. 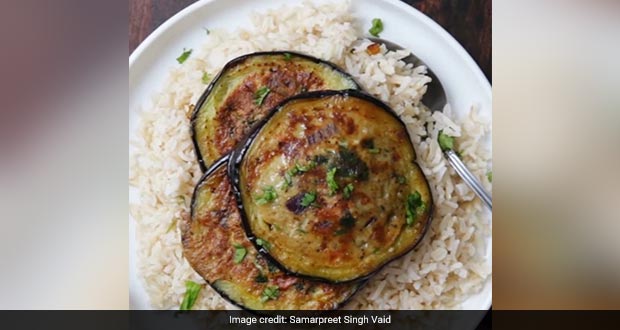 However, vegetarian omelettes have taken over foodies by surprise with its equally delicious flavour and nutrition. And you won’t be disappointed by the sheer variety! Omelette stuffed with moong dal, spinach, onions and tomatoes definitely makes for one scrumptious meal. But have you thought of making an omelette with eggplant (baingan)?

For the picky eaters, who dislike every second vegetable including eggplant, here is a stellar omelette that would change the way you look at the not-so-popular vegetable! Eggplant is a pretty versatile veggie that is biologically termed as a fruit but while cooking it is used as a vegetable. Due to its slightly bitter and acidic taste, it is not quite preferred by many even though it comes with a host of health benefits. 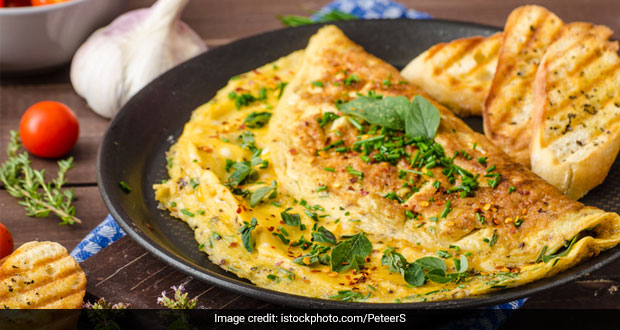 Eggplant omelette is an innovative recipe that one can try at home. In the recipe, eggplant is simply cut into circular portions with its pulp taken separately, and mixed with onions, tomatoes, eggs and spices. The mix is cooked inside the eggplant roundels on a pan till well-cooked, just like an omelette.

Eggplant omelette can be eaten as is with your choice of chutney or ketchup however a lot of people prefer it with some steamed rice or bread slices.

So, the next time you feel like experimenting with your morning meal, toss in some eggplant with eggs for a lip-smacking omelette. Try it at home and let us know your experience in the comments section below.